Voices from the Liberty Movement


It's hard to imagine what the common ground would be, when the people in the discussion include medical doctors, lawyers, a manufacturing CFO, an activist jailed during South Africa's apartheid era, a Norweigan electrical engineer, a computer scientist from Zimbabwe, a home-schooling mom, a Mexican investment banker, a paramedic whose property fight went all the way to the Supreme Court, and a wholesaler dealing in native American crafts and arts.  To further complicate the picture, they all started out in very different places.  Some were Democrats, some Republicans, some Communists, others totally unpolitical, and yet here they are, all in one  compendium telling their stories of why they now feel that Libertarianism is the path to freedom.

Can you believe it is already Throw-away Thursday? And what happened to Wildcard Wednesday, you might ask. Myth-ing in Action, it was. To tell the truth, I was traveling by car for over 650 miles and since I've been packing and cleaning for several days, I failed you by not having something in the queue ready to go.
Never fear! I will make it up to you by introducing the Sweet Myth-tery of Life, or at least the Myth Adventure series by Robert Asprin (1946 - 2008). Now you will get dozens of books instead of just two.. well, almost dozens. About the series:
Poor Skeeve! He only was learning to become a magician so he could be a better thief. Then, just as his master, Grimble, is showing him how to conjure up a demon, the man falls over dead, leaving Skeeve, a lowly apprentice with a extremely angry demon in the middle of a pentagram. And he has no idea how to get rid of him. Didn't I say he was an apprentice? A very wet behind the ears, green as they come, fresh from the field apprentice. And there is the demon Aahz, complete with green scales and sharp, sharp teeth staring at him.
From this humble beginning, there develops a dependency, partnership, and finally friendship between the demon (short for dimension traveler) from Prev Aahz, and the learning a lot about life Klahd (pronounced clod) named Skeeve. Along the way, they pick up such interesting people and creatures as Gleep, the one worded dragon and a bodyguard named Pookie, who tries to be inconspicuous but she is Aahz's cousin. The series follows this partnership as it becomes a business, giving the whole of several dimensions a fun, er, run for their money.

A Creative Paradigm for Environmentalism

Where to get it:
From Amazon

I picked up this book at a second-hand store, intrigued by the back cover blurb that said:

"McDonough and Braungart explain how products can be designed from the outset so that, after their useful life, they will provide nourishment for something new.  They can be conceived as 'biological nutrients' that will easily reenter the water or soil without depositing synthetic materials and toxins.  Or they can be 'technical nutrients' that will continually circulate as pure and valuable materials within closed-loop industrial cycles."

Back in 1991,  I had attended an environmental conference of manufacturers beginning the discussion on just this topic, yet less extensive.  They were trying to save money by re-using water in industrial plants, recycling,  instead of throwing out, side-materials created during production (metal and wood shavings, e.g.), finding better ways to recycle metals, etc.  So this book was right up my alley.

The book had an interesting feel - and I don't mean the style or the tone - the first chapter  "This Book is Not a Tree" explained it.   The book itself was designed for complete recycling, and is made out of recyclable plastic, as is its ink.   All of a sudden I felt very hopeful -- that maybe at last the environmental movement was on a new track, not discussing constantly what was wrong, but coming up with new solutions in real-time.

This is a guest post by Emlyn Chand, author of Farsighted

For years, I focused on reading classic literature with the occasional YA novel thrown in as a fun change. But you know what? I'm done moving back and forth between what I think I need to be reading and what I know I want to read. I'm making YA my official genre du jour. And what's not to love? Let's take a quick journey back to the beginning of it all... The 1930s were the decade when Juvenile Literature first asserted itself as a genre with books such as Boylston’s Sue Barton series and Rose Wilder Lane’s Let the Hurricane Roar. In the 1950s, JD Salinger’s Catcher in the Rye further defined the protagonists of this genre —those who are not quite grown-ups, but aren’t kids either, those who are in the process of discovering who they are and how they fit into the world around them. It’s clear that the success of a certain boy wizard (does he even need to be named?) brought readers to YA in droves. And from there, literature for a young adult audience is absolutely everywhere. 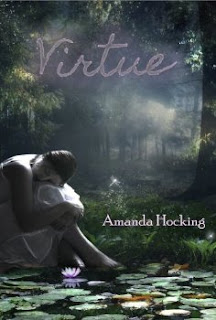