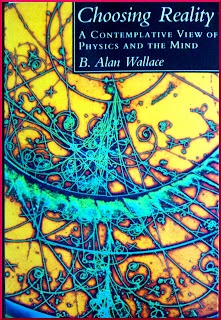 
I first found this book at a second hand book store. The cover was graphically interesting (trails, I believe, from particle physics experiments), and after checking it out for a bit, found there was a good deal of information about the history of physics, and how science develops ideas, in language that  I, the one-time liberal arts student, could actually  mostly understand.

Once I got into the book, I found an entire landscape that explained, to a great degree, some of the questions that I've had on my mind from time to time. Why do we think that today's science is immutable truth? Why is it that groups of scientists looking at the same data, can come up with wildly different answers? How real are the constructs that are generated to explain unexpected results in experiments? What kinds of processes generate new information about our reality, and how do we know if they are true?


If you like a bit of quick and easy reading, or the explanations that are dumbed down to the perceived 5th grade level of the average person, you'll hate this book, because there are elements of formal logic that are being used to present and debunk various assumptions that are made in science (and in our lives, for that matter), which is likely to turn some folks off.

However, if you're someone interested in both science, and in truth and spirituality, you'll find this a thought-provoking book. It's an oldie but goody, first printed in 1989, but it's a good introduction to the concepts, and this author has been working on and expanding these ideas since then (with a great many titles, some in Buddhism, some in this vein, and others translations of other authors' works), right up to the present.

In the acknowledgments, he writes (remember this is 1989): “To the best of my knowledge, this is the first attempt to apply the mode of philosophical inquiry of the Buddhist centrist view to the foundations of physics. Initial works of this nature are bound to be flawed, and I only hope that the shortcomings of my efforts stimulate others to elucidate this rich subject with greater mastery and insight.”

Most of us have been trained to believe that the “scientific method” consisting of creating hypotheses, testing them, looking at the results, and coming up with new conclusions about reality, is the only way to figure out more about the universe, both near and far.

Not every culture holds this view, however, and there are elements in our Western scientific process that introduce notable flaws, not of science, but of belief. When one set of data seems to fit two sets of conclusions, how do we decide which one is right? Are we really objective, or are hypotheses, interpretations of results, and conclusions the products of our previous biases and choices? The common sense side of our brains say, “sure, we're all human, and subject to all the flaws that come with the territory” but we often behave as though we believe scientists are flawless, that their work is not to be questioned. Choosing Reality provides a clear history of all the “truths” in physics that were “reified” at the time of their discovery which have since been abandoned or debunked, and some of the mental processes that led down the wrong paths.

The last third or so of the book is a marked shift, both in the style of writing and the subject matter, bringing the issue of contemplation and mind/body interaction into the mix. The goal in Buddhist centrism (and there's a lot more to it than this, I'm simplifying) is to learn to obtain and keep a disciplined mind, which is the major tool in the determination of reality.

“an undisciplined mind is a poor instrument for empirically investigating the nature of cognitive or physical events. This unrefined state of consciousness also makes us prone to unneccessary suffering when the mind is dominated by such emotions as fear, resentment, guilt, and aggression.”

Do scientists make some of their choices based on career advantage, fear of someone else publishing first, egotism, money from some new discovery and the fame it will bring, or any of the other flaws endemic to humanity? Sure, they do. Most of us guess at this when we say things like “who paid for the study? – science will not bite the hand that feeds it.” What we don't see is how biases affect the way the scientific process works. If a test result doesn't fit the hypothesis, what can we make up to make it fit? A new particle? A new theory? And are they actually real or are they constructs of our biases?

Wallace says that the contemplative process should be considered as a tool, not just to help get better scientists, but as a tool in and of itself, capable of reaching conclusions as well as Western science. Here, he lost me to some degree, especially when when describing superpowers attributed to expert contemplatives (remote viewing, for example), because clearly he's fallen (as a new author, and possibly only recently a student) into the trap of “reification” of Buddhist methodologies, while all the while attributing “reification” only to Western scientific method.

While having finally convinced us that the method in which data is gathered can affect the results obtained, preconceived assumptions can color interpretations, and even when he acknowledges there are dangers in not getting contemplative practice right without years of strenuous study, he seems sure that Buddhists don't fall into those traps as readily.

I can forgive that because, all in all, this book provided some very good material for pondering my questions about how science works. I fully expect his more recent works will provide the additional “insight” his early self expected to see as the years went by.  I had no idea this type of discussion was going on, and find this book very enlightening, and hope you will as well.