24:01 and other scary adventures

Did you watch the Twilight Zone as a kid? Or The Outer Limits, the Sixth Sense or maybe Alfred Hitchcock Presents? I enjoyed these as a kid. In fact, we kids would work hard to get the house cleaned on Saturday by three o'clock just so we could watch Alfred Hitchcock and later Beyond the Limits. BtL had made up stories based on real events, similar to Law and Order as in "stories ripped from the headlines", except BtL took stories from the  science realm instead of crime.  Many of the Twilight Zone shows were based on previously published stories by well known and not so well known authors. I have just finished reading a couple of books that could be used for such shows. I also have a short interview of Peggy Randall-Martin which fits right into the topic.

First up 24:01 One Minute After.  Doesn't this just sound like a Twilight Zone - Outer Limits type of collection? 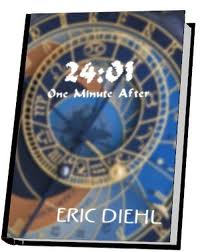 24:01 One Minute After
By Eric Diehl
Published by: Eric Diehl


From Smash Words:
An anthology of horror, science fiction and fantasy short stories, some dark and some light but all challenging the bounds of your imagination. You will begin with an experiment in nano-biotechnology gone very wrong, end with an alternate reality on Olde Aearth, and in between experience everything from dragons and wizards to a hurricane and misadventures in space!


About the Book:
This book contains short stories which include space pirates, the enslaved human race, two magical cats, dragons, and nano technology. It is varied with some long and some shorter stories. The book has no theme to it so it is likely a reader will find something they like.


My Take:
The book is fairly clean, though there are a few typos but most not distracting. I found some of the stories okay while others were very good. The last story in the book had characters I could latch onto but the story was somewhat predictable as the plot had been written before. That said, how many takes on Cinderella do we watch and how many of them are really quite good. Just because the plot is known doesn't mean the writing is poor. Several of the stories have endings that would fit nicely in today's topic of Twilight Zone type stories. If nothing else, read Spirits of the 'Cane or Science and the Greater Good to see what I mean.  I thought the story Edgar was nicely done - a whole different type of plot and story. Kudos for that one, Eric! A Kingdom for the Taking was clearly thought out and well executed. A Simple Trade pulled me in but I don't understand why it took so long for Nol to tell Garner what has happened. This part of the dialog didn't ring true for me but they use this technique on TV and in movies.


Overall, the book had some enjoyable stories and I would recommend it to anyone who enjoys finding new, budding authors. The price is right at 99 cents for an e-book on Amazon but it is even better at other e-book sites since it is free! Who knows, you might discover something you really like!

Now we have a very short interview with another author who might well suit the theme of today's blog. Please meet Peggy Randall-Martin. 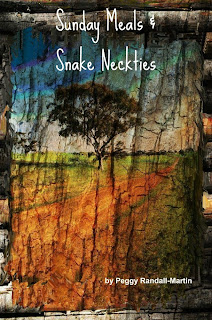 Peggy, it is nice to have you visit.  I see you have several books for sale currently.  I am impressed by the different writing styles in these books. Looking for Timmy is written close up and personal with a wonderful feeling of talking directly to the narrator while, from what I have read so far, The Last Exit tends to be distant and more of a telling.


You describe your books as being sort of like "The Twilight Zone." which fits right into our theme. Can you explain?
The most consistent comment from my readers is the comparison of my books to “Twilight Zone” episodes. You may remember that many of the episodes depicted bone chilling paranormal and disturbing events. This is a genre I have been drawn to since I was a child, and one that still has me looking over my shoulder, even though I know I'm home alone. You might say the genre picked me.
Otherworld tales and paranormal stories don’t have endings that can be tied up in neat little bows, because in real life and in the literary world, these happenings cannot be neatly explained away. The eternal search for answers and possible explanations is one of the main reasons fans of the genre keep coming back.

You are also obviously attracted to Bayou Country. What is it about this region that seems to attract tales about the supernatural?
There is no simple answer to your question, but I’ll give it a shot.
New Orleans, French Quarter, The Big Easy, Bayou and Backwater country … the area possesses a delicious combination of mysteries, myths, legends, and some truths that will not be denied …
During prohibition, the federal government with all its power and the backing of the 18thamendment, could not find a way to control the sale of alcohol in New Orleans, a City they considered to be one big speakeasy.
New Orleans’ prominent religion is Catholicism and the City is famous for its distinct variety of Louisiana Voodoo. New Orleans is known for its French Creole architecture, and Louisiana is the only state in the Union governed by Napoleonic Law.
Mix all of the above together. Then and add more than a pinch of the legend of Marie Laveau, and a dash of charms, magic powder, voodoo spells and curses. Next add doses of dark and brooding above ground cemeteries or the River and bayous after midnight, and you have a veritable breeding ground for every thing that sends chills up your spine and goes bump in the night.
You've also said that your writing career got off to something of a delayed start. Are you glad you didn’t write books earlier in life?

It is my belief that everything has a time and a season, now that I am retired, mine has come. I am having a love affair with life! My passion is writing; it's not always a sure thing, but it is always satisfying in the end. When I get up in the morning I can be anyone I want to be, achieve any goal and even change my appearance periodically during the day with words, new characters, storylines and imagination.


I'm hoping I will have time to write sometime soon, as well. It is good to know there is still time!

Do you rewrite/edit much?

Yes, I do when/if necessary. Once a book is finished, I step away from it for a couple of days. Then I re-read the manuscript, paying attention to content and looking for typos. After a book is published, I buy the first copy, take notice of the format, and check it again.

I think I would have a hard time doing my own editing. And I don't blame you for buying the first copy to see it. When I do my blog everything looks good UNTIL I see it published. LOL


What do you think separates a good book from a bad book?

Anyone can write, not everyone knows how.


I think that is true to some extent.  I find very few really poor writers in this business but I also find very few outstanding writers. But because of this rarely is my time wasted and every now and again I find a real gem.


Thank you for stopping by for a moment! 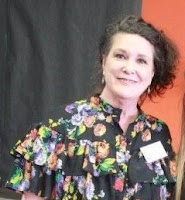 Readers, here is some more about Peggy Randall-Martin and where you can find more information on her books.

BIO:
"Life doesn't begin at forty, it begins when you are no longer afraid to live it," Peggy Randall-Martin.
I am a method writer, and listen to genre oriented (period/mood) music when I am writing.
I've authored 13 Kindle books. Currently I am working on a trilogy with two other authors, and have 3 novellas in process, including Volume 2 of "The La Bauve Family Legend Series." I stay very busy!
My new kindle book, “Looking for Timmy,” went on sale March 27, 2012. The year is 1955 and the setting is in Stones Throw, a small rural Oklahoma town. COMING SOON: “Sunday Meals & Snake Neckties,” is a coming-of-age novella that takes place in 1951 in rural Oklahoma.