The dustbowl was the Dirty Thirties 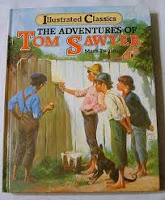 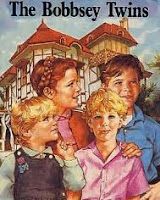 I have said that to 'update' works of fiction is often wrong headed, especially when the update is used to rid the work of unfavorable or politically incorrect speech. Updates of Mark Twain come to mind. Other stories such as the Bobbsey Twins had to be updated for a new audience since many of the words, such as magic lamp (for an electrical lamp) would make no sense to a young reader. But the Bobbsey Twins series was updated to a modern time somewhat. Books like Tom Sawyer were left in the past but the past was not really left with it, at least not the part of the book that our modern day reader might find offensive. It is not that I like such language but that the original writing is a window into the past. Twain's beliefs and thoughts come through and we can see into the general society for good and for bad. 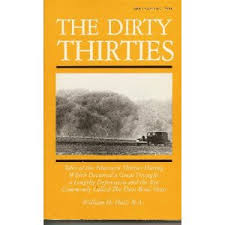 I have a book for you today which in a way is like that - a window into the mind set of the past.


The Dirty Thirties: Tales of the Nineteen Thirties During Which Occurred a Great Drought, a Lengthy Depression and the Era Commonly Called the Dust (Paperback)


This book is a selection of stories, told in the voice of the person who was interviewed, about what the dustbowl years were like. I loved seeing the different takes on life at that time.  One thing the author did was stay true to the voice of the person so you will find the work strange as it is not 'edited'. Still, I thought the stories were worth it. Here you have the plain truth (?) of the matter, spoken in their own words. And as the people who lived through those years die, we will lose our window to that time. To 'clean up' or edit the book would be to lose the flavor and insight preserved within it.

While I don't know and have never met the author of this book, I was fortunate enough to know one of the contributors, Lillian Jeffryes. I had an opportunity to see the house where she lived during the dustbowl and found her description of all that dust, in everything including their food interesting (if a little repetitious).  Looking at the house (long since torn down), I thought of all that dust swirling around, eking into every little crack. Fascinating, to say the least.

For someone interested in what the dustbowl and some of the people who lived through it were like, this is a very good book. Just remember it is very raw, indeed.
Posted by Sunday Smith