Life eternal, life of strife and stress, life of love and damnation - does anyone ever really want that? Yet some people will pay any price to bring someone back from the dead.  Do you remember the story 'The Monkey's Paw', where the warning was the last wish was often death?  Or how many times have we been told, "Be careful what you wish for," just to keep on wishing anyway? Today's novella (28,000 words), a romantic story, delves into how one can find themselves making choices they might not otherwise make and suffering the consequences. And how sometimes our choices cause suffering for others.

From Amazon:
The Duck And The Doe is the tale of two immortal beings whose eternal love has soured a bit in the last two centuries. Written as a memoir by the "hero", this novella is a musing on both what love is and how much America has changed since the early 19th century. The first volume deals with both the supernatural and the racism of the old American south. Told with humor and passion (and the occasional rant) the story of these strong characters, including a wealthy young lawyer and a clever courtesan, will change your idea of what "love forever'' really means. 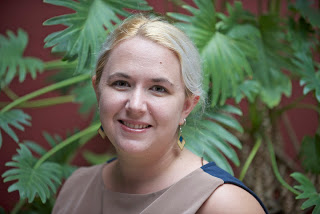 From the very beginning we learn our narrator, Remi Tourpinier, has lived over 200 years. He tells the story of love between a beautiful prostitute and himself and how the society they live in would never accept her as his wife, not only because of the station of life they each live in but also because of the color of their skin. (Remember, the first government issued marriage licenses (in the US) were created, not for ordinary people, but for those who wish to marry outside their race.  All other people simply 'married'*) This tale gives us a feeling of how deeply in love Remi was as he explains how his relationship with Violet developed until one day things changed. And changed so much that we learn how and why they both become immortal.

My Take:
I loved the writing style Peterson uses for this novella. It combines the deep introspection of the writer, quite common in the 1800's (read Dracula for instance), with the off the cuff, causal intimacy of today's writing style (like this blog) to form a rather delightfully interesting narrative. Some of the asides she uses are not only informative but also give us a look into Remi's character. His destain for the use of prostitutes which according to him, in the early 1800's was necessary but now in 2012 only saddest and least attractive of men need them, shows us not only the common practices of the early 1800's but Remi's prejudices of today. His description of what it took to write a simple legal document then compared to what it takes today, demonstrates not only what it was like when he was young but also shows his jealousy. This all makes the writing style engaging and the book an effortless read.
As with many novella's of this type, the only real, full characters are the two lovers but Peterson does a good job of giving the reader a sense of who the two are to the point where I was waiting for Violet to really explode and dump Remi for what he had done to her! While the other characters play only supporting props, I did halfway think his father might admit that he wanted to do the same for Remi's mother but could not pay the price.
This is an introduction piece with promises of more to come and I can't wait. Like a good TV series, the story is complete but there is something to look forward to in the next episode; background stories if you will, which keeps us wanting more.

Recommendation: I truly enjoyed reading this. This is a good romantic tale with some violence and sex, none graphic, that would be suitable for anyone who loves a good romance with some witchcraft/immortality thrown in. If you have an e-reader, this story is priced just right, in fact, a bit low, so give it a chance!

Other reviews of this book:
Amy's
Tee's
------------------------------------------------------------------------------------------------------------------------
* Marriage licensing has always (since I was fifteen) been a bitter thing for me. It bothered me that people had to ask the government's permission for one of the most personal acts of mankind - who you would marry and share a life with- and they required a blood test to see if you were fit to marry (actually that was the 15 year old talking - the blood test was to check for VD and to see if the woman had, at some point, Rubella). Now they don't ask for the blood test anymore, because of better medicines and inoculations, I suppose.
The history of how the government took HOLY MATRIMONY away from the church is quite interesting and it began with the issuing of inter-racial marriages, ESPECIALLY after the civil war. Before that war, many people intermarried, especially to Native Americans, though in the thirteen colonies it was a felony to do so. Some marriages were recorded in church documents, others were posted in town square for a short period of time, and still others just in legal documents as they showed up through the course of a person's life. Outside of the church (ecclesiastical ceremony), these marriages were considered common law marriage, which today has an awful connotation, but at the time simply meant you married by the set of laws known as common laws (the part of English law that is derived from custom and judicial precedent rather than statutes. Often contrasted with statutory law)- those laws that were common and familiar to the common people and that need not be written down in statutory law.
But sometime after the turn of the last century (1920's about), some states realized there was money to be made in the issuing of license for marriage.  By the end of that decade, licensing was the rule, not the exception for all people.  What this means is if your grandmother or great grandmother married prior to about 1910, and she did not marry outside her race, she did not get a state issued license to marry.  She most likely married in the church (ecclesiastic law) or by common law.
To the best of my knowledge Colorado was the last state to hold onto true common law marriage, where a man and a woman presents themselves as married with the intent to be married and they are married in the eyes of the law. All other states required proof of intent by cohabitation for sometimes as long as two decades! Colorado's common law had been under attack for decades and now I hear that couples must live together for at least six months. Kind of makes me wonder what special magic lies within the paper of a license.