Pink Ribbon Blues is a difficult book to read, but I'd like to see it become required reading for any student in sociology. Gayle Sulik has taken some brave steps to bring into focus, not only a sacred cow, but the elephant in the room -- corporatization reaching even into one of our most well respected charity organizations.

Every chapter has well-researched and copious footnotes. For those of us used to reading books that let us look through someone else's eyes and hear the stories of individuals told, it does seem a bit on the cold academic side, but the picture that emerges as the book goes on is far more chilling. I believe all the documentation in this case is critically important, because when an author takes on a non-profit not only with some serious political and socially well-connected associates, but with a host of high-powered corporate sponsors and donors, she needs to have her facts straight.

Pink Ribbon Blues describes an environment that is disturbingly similar to “regulatory capture,” a situation in which corporations become very close to those who regulate them, in an attempt to keep from being too closely watched. The increasing popularity of the highly visible “Race for the Cure” and the “pink ribbon culture” that it has spawned, provides a platform, as well as a huge potential market, for corporate, medical, and pharmaceutical interests. It seems that “pink ribbon culture” may be slowly mutating into a culture that could be harmful to patients and survivors of breast cancer.

One would have to be living in a cave, well away from all society, to miss seeing the amazing level of merchandising of breast cancer “pink ribbon culture” that emerges every October, designated National Breast Cancer Awareness Month, an event so over-the-top that it's been re-dubbed “Pink-tober.” Auto makers sell pink cars, football players wear pink gloves and shoes, and everywhere you look, there's some trinket being sold along with the message “some portion of the sales will be donated to the SGK (Susan G. Komen) Race for the Cure” (the rest, of course, goes to sales). Pink ribbons are everywhere, and are even copyrighted.

The hardest part of reading all this is that all of us have friends and/or family who have either had breast cancer, have friends who have it, or who have participated in the Race for the Cure as either survivors or as women determined to keep this disease from harming their lives or someone else's. The race and it's promoters have attained a saintlike status, and people feel extremely protective of a group that spends so much time and effort donating money to research, so books like “Pink Ribbon Blues” (there are more than a few) cause an instant emotional blow-back, making them immediately controversial and subjecting their authors to a certain amount of heated animosity.

But Sulik raises some important questions. Why is there no good way to see how much of the hundreds of millions in donations have been allocated? Why are events geared to raising money for the Foundation, which then dispenses it to research, instead of providing information about the many other organizations providing direct services to patients and their families, and the research organizations that are constantly seeking funds? Why do they consider the image of the “she-roe” breast cancer survivor, who still manages to keep her trophy-wife good looks and social status in spite of her illness, so critical that they would let Mattel make a “Pink Ribbon Barbie Doll” to promote the cause? Is “pink ribbon culture” becoming a self-perpetuating organization which is primarily a free-advertising moneymaker for it's donors?

As a medical sociologist, Sulik raises an even more distressing question. Some well-respected medical organizations have doubts, and admit that mammography is not only less beneficial than advertised for early diagnosis (with many false positives) but, for those with genetic predisposition to breast cancer, possibly dangerous, since even small amounts of radiation can increase their risk. So why does “The Cure” continue to insist that in order to be safe women should get them every year? Why are none of the risks mentioned in their literature?

In recent years, even the American Cancer Society has acknowledged a lack of investigation into the environmental causes of cancer, yet there are donor companies who “pink wash” their image by making sure the public sees how much they donate to the “pink ribbon” cause, and notice far less about what products they are making and their potential environmental impacts.

Big Pharma companies like Astra Zeneca and others (some making chemotherapy products used in the treatment of breast cancer) are closely affiliated with “The Cure” and this conflict of interest does not go un-noticed as “alternative” medical options are thoroughly pooh-poohed in SGK literature, while current and new medical “advances” from the pharmaceutical and medical instruments corporations are touted as the last best hope.

In the reality beyond the social events, with the focus on the “she-roe” who can go through chemo while looking great with a smile on her face, volunteering for more and more “pink ribbon” events (at which she, as the survivor, is honored), what the pink ribbon culture does, is ignore the fact that most women do not fall into a social category that makes this possible. Those trying to raise a family, continue working, and deal with the exhausting realities of chemotherapy and radiation, are not really seen clearly. Those survivors of color, those with minority group status, and those with financial hardships, are invited to join the ranksof the activist survivors, but for them, the pressures of adding activism to their already overloaded lives can be overwhelming and destructive to their already stressed health; they often don't have the financial resources and free time. The ugly realities of cancer, which are documented in many books and poems, are ignored in a movement that is slowly becoming a media front to make the disease seem less deadly and more “transformative.”

“The centrality of cheerfulness as the primary way to survive cancer succeeds in blaming the diagnosed for getting cancer in the first place, limiting women's personal self-expression to sanctioned cultural scripts that support the cancer system, and giving society at large the opportunity to look away from the realities of modern living that give rise to cancer and illness, such as environmental causes and profit motives within the medical system that preclude any real investment in prevention.”

Every year more women face a life that must deal with breast cancer, and for all the hype, not much in the way of actual progress has emerged from this approach, nor is it likely to emerge so long as the “feel good” psychology and focus on practices known to be insufficient continue. Smaller, more service-oriented groups are being pushed out as large, well-financed, fashionably-socially-conscious, groups take the spotlight, along with their sponsors pink products.

As I said, it's a hard book to read. It's depressing to think that something that we all want to see succeed is slowly being steered by its donors, but I think, if breast cancer is ever to really be conquered, we need to know what Sulik has to say, so that we are reminded not to take things, even warm, fuzzy, pink things, at face value. 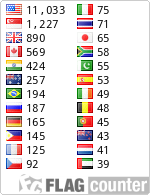