Was Solomon the Peacemaker? 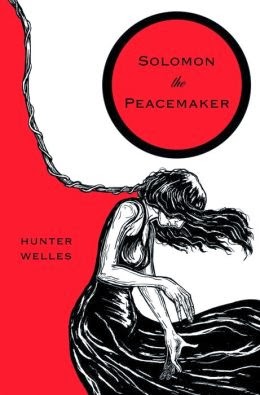 Point of view is one of the most important elements of story telling. After a point of view is selected by an author, how to handle that point of view is the next necessary step. First person tends to be the easiest for the reader to follow. But if an author is not careful, the story may bounce between past and present tense and can feel uncomfortable to some readers.  When a story starts out: "The snow was falling when George came to me";  then jumps to: "I am standing in the doorway watching George turn the book over" and then moves back to: "George went to the door and threw the book back at me," the reader can get whiplash trying to discover whether we are in the present or talking about the past. One of the most popular book trilogies lately does this from scene to scene.  The story was strong enough to carry the wavering between tenses. However, most writers don't have a story and plot so absolutely compelling. On the other hand, first person can slip into a passive voice also a disaster for the reader as it becomes boring.

Today's choice, "Solomon the Peacemaker" by Hunter Welles, is written in the first person. Yet, it is unique unto itself. The story is a confession. Not your typical confession, where the author is pouring out his heart about some happening and his involvement. This is a real confession as in the cop is asking questions and he is telling what happened. I love cop shows and get on the edge of my seat during the suspect grilling; from the beginning this hooked me.  But there is more to this style Welles has chosen.  Right away we learn the voice and words of the interrogator is redacted. The reader must decipher the interrogator's words based on the confessor's answers. This interactive play will hook some people right away - people like me- while others will find it too cumbersome to be bothered with. It will be their loss. Even the font Welles' uses feels like a typed police confession.

About the book:
Suspected terrorist Vincent Alan Chell has done a most terrible thing.  He has volunteered to tell all that has happened and how his final act came to be. Yet he refuses to answer direct questions, saying he will only offer a confession if given the leeway to tell his story as it happened, layer by layer, action by action. Sure the government has the ability to simply take his memories from him but as Vincent says to his questioner,

"True. If you begin extraction you'll get the neutral facts. Now,you can take those facts and package them into a pat story that would suit your purposes, but you'll always be left wondering what the real story was. If you had the sequence right and so on."

So begins the tale of Vincent, the death of his wife Yael, his second marriage to Alma , and how he became the most brazen terrorist of all. In Vincent's time, a machine, a huge computer, and a human host all work together to run the entire world. This is the Peacemaker. Most people are satisfied with the work the Peacemaker does though some feel they are slaves, or at least serfs, to the machine. Still others live outside the reach of the machine. When Vincent and Yael meet Preacher at a private church, Vincent's whole life undergoes a change. Yael decides to travel outside of the safety node in which they live, the first step in a progression of decisions involving Preacher, culminating into a decision leading to the most awful act Vincent is confessing to.

My take:
I enjoyed this tale though the twist at the end set me off a little. I keep thinking about it and Vincent, coming up short on my own decision about what truly happened. Welles' tale was unique in a way that captured my interest from the start but similar enough to other stories to keep me comparing notes.What did Preacher do? Was it similar to "The Manchurian Candidate"? Was it like something else entirely? As always, any book that keeps me interested after I have finished it, is a good book, unless it is absolutely horrible (there is no middle ground). Welles' compelling writing style helps cement this belief. Vincent is a sympathetic character, while Yael kept me asking how she managed to bleed all over Vincent's life, even after her death. Was this a plan by Preacher or did everyone work together to form it?
Welles does a splendid job of world building, sprinkling all the information the reader needs throughout Vincent's confession, without making it awkward. Questions about Vincent's beliefs reveal much about the world Vincent lives in as well as the attitudes of the people of his day.

My Recommendation:
This is a subtle book and most likely beyond the ken of younger readers. It also has some adult themes. I would suggest "Solomon the Peacemaker" to anyone who enjoys the twists and turns of a life size story, mystery, and science fiction. If you liked books such as "Fahrenheit 451" and "Brave New World", I believe you will enjoy this book.