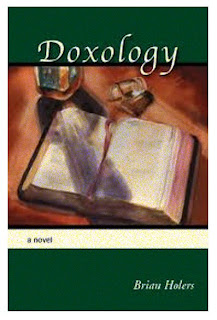 But Vernon has secrets. Terrible secrets that go back to his childhood, and tragedies in his life that are pushed deep below the surface. We discover Vernon as he learns that his brother Leonard is dying, begging Vernon to find his children and bring them to him, setting off a chain of events that will force Vernon into a confrontation with reality that will shift the very foundations of his soul.

Leonard's son Jody's arrival triggers an avalanche of memories, but we don't see them all at once. Small things, items, or conversations, set off recollections long forgotten or buried, as Jody, who's been gone for many years, tries to remember his days with his father, and struggles to find his brother Scooter, who has secrets of his own.

What I really liked about this book is the way the author weaves in the hints and histories of the Davidson family. We are there as Vernon relives incidents from his past, which he's kept out of sight and out of mind for many years, “toughing it out,” to keep on going in spite of everything. We are witness to a watershed period in Vernon's life, when, after many years of stubbornly refusing to admit that he's unable to get past them, events force him to confront his darkest secrets and hidden pain.

Truly awful events are described as “unspeakable” because they cannot be spoken of without anguish or tears, or debilitating shame, and the Davidson family seems to have gotten more than their share. In the visual arts, there's a concept of keeping a painting somewhat ambiguous, so the viewer “fills in” the gaps from their own imagination. Holers has used this technique brilliantly. We never see the events that have brought the characters into such a terrible state, but we get enough hints that we know what those events are and, in that sense, they become our unspeakable secrets as well.

I like the way Holers tells the story, because while the writing itself is very straightforward, the story wanders off a bit into recollections and side journeys, all of which relate in some way to Vernon's journey. His life is not so much told as it is uncovered, layer by layer, as more and more of the history is revealed, and we finally understand how things came to be, and what will help to fix them. This is a book about family, survival, coping with the unthinkable, finding ways to belong, facing the past, finding redemption, and above all, being human.

The flashbacks and flow of consciousness memories did not mess with the flow of the story, so I have to credit the author (or the editor) for making that happen. It's hard to believe this is a new author. I hope to see more of his work.