Saving Faith Is it Possible?

Have you ever read a book and wondered if you were reading two stories? There is the story the book is about and then there is the story in the background. The book might be about a boy and girl becoming friends but in the background one of them is learning to deal with the death of their mother. Or the story might be about a boy's summer with his old uncles but the background story is about dealing with loss. Sometime the background story is the real story but it can just as easily be a story that grownups see while the younger reader only sees the main or obvious story.  There are writers that take on more levels than just two. I can not imagine how hard it would be to write several different stories at once, keeping all the threads there and interwoven into a coherent tale.  Life is like that, though, with stories upon stories all happening at once.

Today's choice, Saving Faith, by Patrick M Garry, not only tells several tales, even the name of the book doubles as the title of both the under story and the main story.  Did Garry mean to do this? I believe so. His choice of Faith as a woman's name which can also be faith, as in belief, seems too perfect.


About the Book:
Jack Fenian is a repossessor of cars who has just towed Ev's car by mistake. Jack, an orphan newly on his own, doesn't expect much of life. He is, therefore, quite interested when Ev tells him to sit down and join him for a beer. In the coarse of the conversation over a few beers, Jack learns that Ev is a down and out reporter, suffering from a past break-up with a rising star reporter. Ev offers to help him get his car but Ev is comfortable waiting until the next day.  All he wants to do is drink and complain about his ex, Lyra, and her new significant other.

When Jack finally takes Ev to the courthouse for paperwork to release Ev's car from impound, they stumble upon a hearing. Two women are trying to save the life of a comatose patient, Faith Powers. But the nurse Irene, who is seeking an injunction to a sale of the hospital, has no standing in the case as she is neither a relative nor does she have guardianship of Faith. With her is the young woman, Clare, who also cares for Faith. Ev sees the possibility of a story that might get him back on top of his career. What can be a greater human interest story than the defense of the totally defenseless. So begins the tales of Ev's broken life with Lyra, Clare's broken life with her mother, and Jack's beginning relationship with Clare. For added spice we have Jack's relationship with Lyra and Ev which places him in the middle of their feud.

From the book jacket: Although the characters initially focus on investigating Faith's real identity, they eventually come to use Faith as a catalyst for changing their own lives. But not until a seemingly random shooting occurs in the city do the characters become truly immersed in the mysteries of the patient and of each other.

I don't agree with this description. The true identity of Faith never was the focus of the book or any of the characters.  The focus of the book was always the relationship Jack had with Clare, with Ev, and with Lyra.  The story is more about saving faith than it is about saving Faith. It tells the tale of how people with the power of reporting the news can twist (edit) things to suit their story, their purpose and how they can use people, not caring who gets hurt.

My Take:
First, I want you to know that I read this book straight through in less than 24 hours.  Garry has an engaging writing style that makes his story easy to read and engaging. He also has unique similes that I simply had to mark.
Try:  She jumps on causes and trends like cheerleaders do on Homecoming parade floats.
Or:   She dug into the envelope like a hungry bear into a tourist's cooler.
Good similes should be short, to the point, and quite graphic. Too many authors try too hard when it comes to them. Garry seems to know exactly what makes them both clear and memorable. 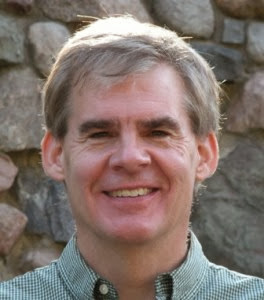 I wasn't too sure about the characters. Jack was someone I could identify with even though I came from a huge family or maybe because I came from a huge family. I was concerned about Jack and I was concerned about Clare but I couldn't connect with the secondary characters. Irene should have been a big part of the Faith story but was more like an after thought. Lyra, while also a large part of the story, especially considering how much trouble she causes, was like an undefined goddess but this might have been Garry's way of showing how life actually is.

The fact that Jack is an orphan and therefore has low expectations is a theme that repeats throughout the book to the point of not only foreshadowing but almost to blatant over-foreshadowing. The story about Faith Powers seems to get lost inside the story about Clare and Jack and the story about Ev and Lyra. But maybe the author actually meant Faith Powers to be only a tangent point, bringing together all these people without being part of the actual story.  The shooting brings out all the evil that exist in today's world - evil that doesn't show itself as evil except to the few people harmed by it. Gary does a good job of showing us that side of life in all its gory underpinnings.

I found some of the story hard to follow like a poorly edited movie. Scenes seem to jump. There was talk of a protest, for example, and I was wondering, "What Protest?" The book seemed to be missing the conjunctions between some of the scenes and though I could mostly fill them out as I read further, it was highly distracting and I always felt like I had missed something.

My Recommendation:
I liked the book. Readers who are looking for a slice of real life in a story should find this book a good read. Because of the themes, I would not suggest this one to anyone under fifteen or sixteen and only at that age if you are ready for a real life story. (Think To Kill a Mockingbird).
Posted by Sunday Smith