Germany's Beauty and Horror in the Escape from Plauen


In front of me, on my desk hutch, is a picture my nephew sent me from Europe. It is a candid shot of an East German soldier fleeing to West Berlin prior to the construction of the Berlin Wall. It is stunning in its simplicity and in the danger it hides with that simplicity.  It certainly is an appropriate picture given the basis of the memoir I am reviewing today, a memoir which begins with a young German child a few years before the beginning of World War II.
Here, in America, we rarely see a first hand account of the citizens who lived in Germany during World War II. This beautifully written text brings home, in vivid scenes and deliberate word choice, what this young child experienced in those days. From chapter one, the deft hand of Stoever takes us to the place only great writers can take us, a land of emotions instead of the written word with text like this:

It was the beginning of a terrible time for the girl wearing the heart necklace. During the darkness of that terrible war, when the little girl sat trembling in basements, as exploding bombs tore the air and death hunted for victims, the necklace felt her terror, and did its best to absorb her fright. When the girl’s fear became unbearable, she would take the necklace’s little gold heart in her mouth and bite down on it to stifle the screams surging in her throat. Patiently bearing the marks of her teeth, the heart soothed her hunger pangs when she was starving, and there was nothing to eat. After the war, during the country’s occupation by foreign troops, the little gold heart trembled with her when Russian soldiers prowled their icebound house, and she was so afraid that she almost stopped breathing.

About the book:
Of all the types of books out there from biographies to the retelling of historical tales, the autobiography memoir comes closest to the actual true story. Trouble is, actual true life is not all that interesting, usually. Even when it is interesting, written out it can become boring unless handled carefully Fortunately, Escape from Plauen, is neither boring nor far from the actual truth. It is a first hand account written by Renate Stoever, a talented author, who's word choice is stunningly beautiful, accurate, and imagine provoking.

How does one forgive a country that bombed old people, women and children? How does one forgive a country that machine gunned women fleeing with their small children? These questions I asked myself over and over as I read the first part of Renate Stoever's memoir, Escape From Plauen.  Anger and hate are such easy emotions when faced with the devastation of one's home, town, friends, and family. It can't be easy for one to set aside those emotions, especially when you see the wanton killing happening first hand. Yet, this tale proves it is possible.
Stoever begins her story in Germany at a time when there was still peace. World War I was history and happen before  she was born. World War II hadn't quite started though adults around her knew something was in the wind. Stoever, a young child of three, lived the kind of life most of us did at that age; carefree, happy, and free. Little did she know how different it would all become in just a few short years. There was rationing she didn't understand and then her father was called to fight. Near the end of the war, the Americans and the British constantly bombed her hometown of Plauen, though it had no military significance, nor any able-bodied men of fighting age. Constant fear of bombs and machine-gun strafing as well as borderline starvation became her constant companions. Would her family ever escape? And if they did, what would become of them?

My Take:
The word choice and scenes selections Stoever makes are the most powerful part of this story. Each one must have been deliberate to be so perfect but so delicate that they never seem forced. Slipping into this world is easy. Because this is a memoir, there is no plot, no deliberate manipulation of events and characters to maintain the reader's interest and keep the emotions high. Instead, it is only the writer's selection of what to tell and what to leave out, the writer's selection of who to introduce and who to avoid, and the writer's choice of when to deliver the blow by blow action and when to skim over it, that maintains the readers involvement. Stoever makes these decisions with a poet's care. It is those careful decisions that kept my interest in the book.
The story is well told, the writing beautiful, and the editing perfect, making it a joy to read. It is, however a bit long, and does cover most of Stoever's life. Fortunately you can take the book in sections because it is divided by major events in Stoever's life. The nicest touch is how things come full circle.

My Recommendation:
I loved the writing in this book. I recommend this to anyone who loves good writing, who wants to know more about what life was like for the regular citizens of Germany during the war, or for people who like memoirs. 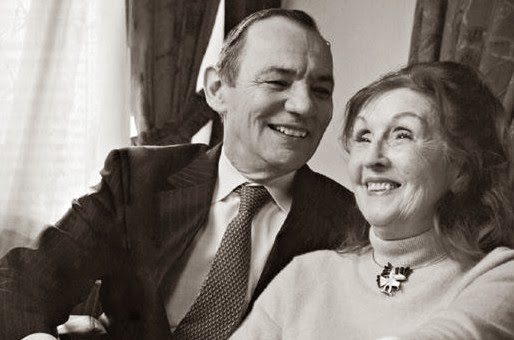