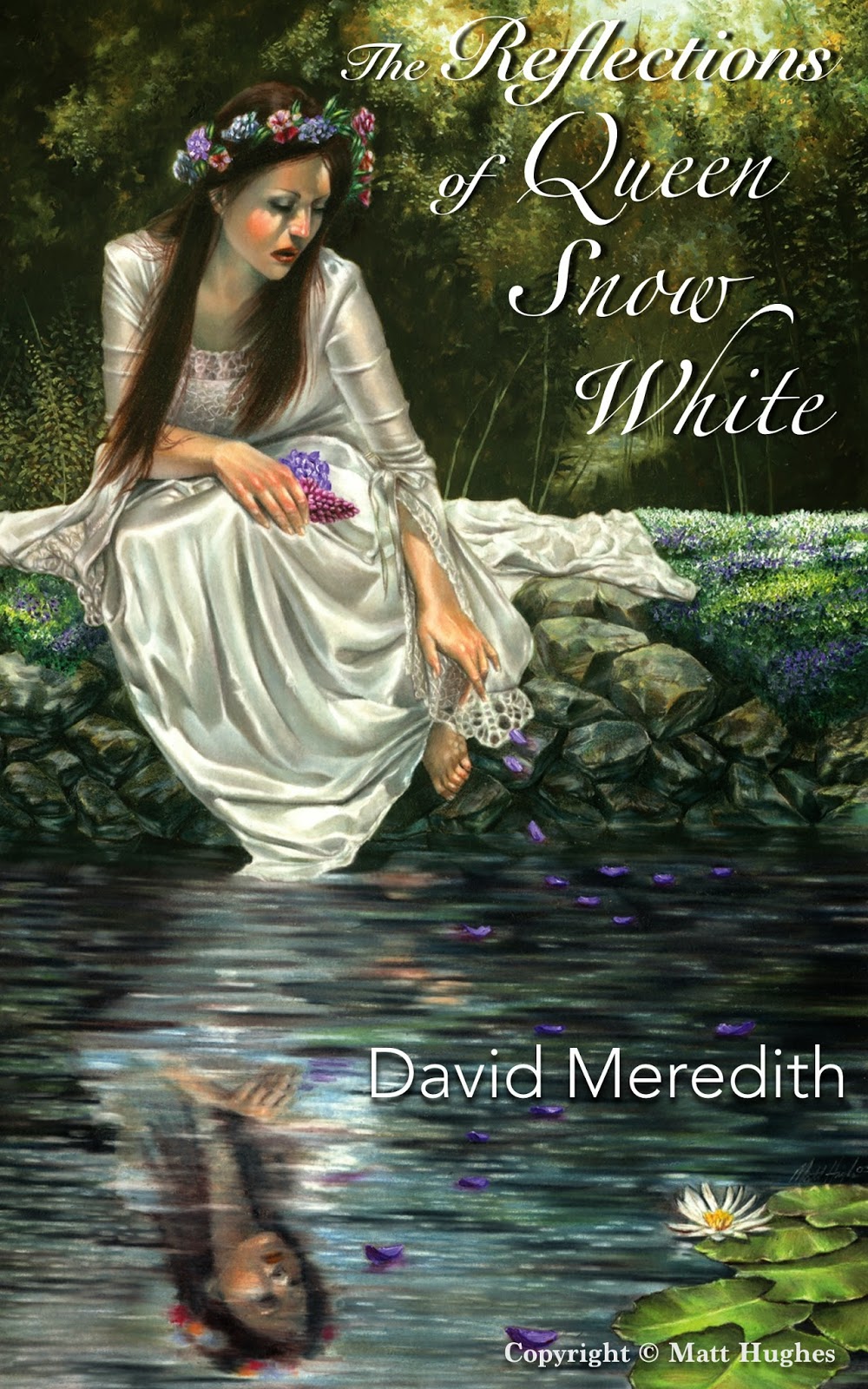 Do you ever wonder if happily ever after truly is? Those of us who have lived long enough realize there is much more to life than the simple ending those old fairy tales used. What happens when the bills come in? What happens when children get sick or parents get old? We rarely see beyond the first story, Shrek not withstanding. Sometimes I make my own stories up but they are not nearly so nice as the original story. David C. Meredith not only brings us a story of Queen Snow White after that famous ending but takes us to a point in her life where she is at an all time low. This is a poignant story giving us an insight to Snow White and, as with all such tales, giving us lessons we can take home.

About the book:
Snow White had years of happiness with Prince Charming. She had so much happiness that she finds life not worth living after his death. Though her daughter is due to be married, Snow can't seem to shake the grief that swallows her, not even long enough to find joy in the wedding festivities. While seeking to get away from all the people, excitement, and activities, she wanders into the tower that housed her stepmother's private quarters. There Snow stumbles on the mirror her stepmother used, the one that eventually brought her stepmother to her ruin. The mirror is not what you might think. It doesn't somehow know who is the fairest in the land, rather it shows what lies deep within the person who dares to look in its depth. Snow does look in and discovers much about herself and her life. Each glance into the mirror shows her another piece of her life and another part of herself hidden deep within.

My Take:
Meredith does a great job of portraying a realistic future for Queen Snow White. Her life was one of happiness ever after as one would expect with being rich royalty. It is also marked with unhappy events before and after her marriage to Prince Charming, the most devastating being the recent death of Charming himself. Using the vehicle of the mirror, Meredith paints the picture of who Snow White is and her stepmother was, creating a captivating but sad tale.
Reflections of Queen Snow White reveals a Snow White who is sure she isn't a strong person. Although Meredith stresses, through the mirror, she is strong, I felt the character didn't feel that strong. She managed to be strong in her early life but as the tale progressed, I felt that her strength ebb. It is the only weakness I found in this creative piece.

My recommendations:
I truly liked this tale. It is good for any reader of any age (given the adult reading level), although there are several descriptions and mentions of child abuse in the first part. If you have ever wondered about life after happily ever after, this is a wonderful look. At the current price, this is a fantastic buy.