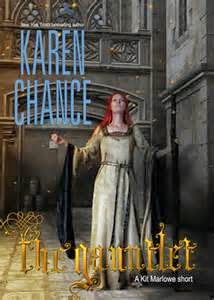 One nice feature found in online bookstores is information about the length of the story. It is such a shame more people don't use it! I fell victim to my own laziness once and bought a book that was actually a short story. But I never blamed the author for it. Lately I have seen numerous reviews complaining that the 'book' they bought on Amazon was not a full book. If the book is advertised as a novel, one has a reason to complain, but all of these were on books clearly marked as a short story.

Good short stories take a lot of effort. One has to tell a complete story in very few words, so even more than a novel, each word has to count and many words have to do double or triple duty. The cost of most short stories range from free to about $2. Considering I buy a certain woman's magazine for the two short short-stories and a handful of puzzles and jokes, $1.99 doesn't seem too much to pay for a 10 to 90 page short story. In the magazine, these short stories are one pagers, similar to The Perfect Man, which I wrote last fall for our Halloween hop. Most of the stand alone short stories available on Amazon and Smashwords are much longer and quite good. The two from Karen Chance, The Gauntlet and The Queen's Witch, that I'm introducing today are fine examples.


Available on Smashwords currently for free: 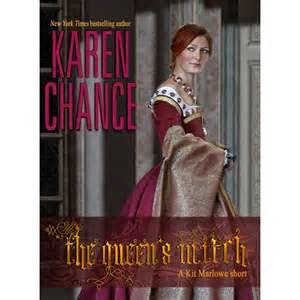 From Smashwords:
"The Queen's Witch" is a short story connected to the New York Times bestselling Cassandra Palmer and Dorina Basarab series of urban fantasy novels. It features Kit Marlowe in a supernatural thriller set in Elizabethan England. The prequel is "The Gauntlet."
About the Book:
I read The Queen's Witch first but that did not hinder my enjoyment of The Gauntlet. Set in England during the reign of Elizabeth I, this tale weaves together vampires, witches, mages, and all sorts of magic to create the engaging story of the witch Gillian. Her nemesis and sometimes co-conspirator, Kit Marlowe, is much more than he seems, even apart from the fact he is a vampire. The opening of The Gauntlet finds Gillian, the witch, in a prison guarded by mages. Kit Marlowe comes to the prison looking for a certain witch. Finding that particular witch dead sets him off trying to locate another within the walls of the prison. Kit, however, causes just enough distraction to make a jailbreak possible. The trouble is, when magic is flying about, rarely is anything simple.
In The Gauntlet we never find out the true reason Kit has come to the prison. Never fear, the answer lies in The Queen's Witch. Gillian has come to a seedy tavern to broker a ruby ring for her and her daughter's escape from England, seeking not only safe passage but license as well. Her magic is well drained from her at this time and she finds herself in deep trouble before she even sets foot into the main hall of the tavern. To top it off, a drunken sailor seems to be nothing but in the way while she tries to negotiate with the tavern's owner. Meanwhile, the owner's son has gone to fetch the authorities for the price on Gillian's head. How can she get out of this? How can she leave England? How can she get away form the former owner of the ring?

My take:
I loved these tales, full of magic and rules of magic, evil doers and "eviler" doers, mages, witches and even a vampire. The imagination is taken for a ride during the whole of both stories but particularly during the fight and flight scenes. To top it off, Chance does a spectacular job when it comes to the 'romantic' scenes. (Read the book to find the reason for the quotes!) As with all good stories, but especially short stories, Chance understands the need for varied and colorful descriptive language. From the opening line, "The sound of a key turning in a rusty old lock had everyone scurrying forward with hands outstretched, begging for food, for water, for life." to "He suddenly pulled me hard against him, and that answered one question about vampires, at least.", Chance does a great job of setting a vivid scene and saying something without actually saying it in words.
Gillian is the main focus in both of these stories and she was not only likable but understandable as well. Her moves, including her silliness to die at Kit's hands, made sense with clear motives to back them up. Many stories suffer because authors have no idea how to motivate the main characters into the action the story needs. What comes from forcing the characters is an unbelievable tale. Chance has avoided this altogether by giving her characters solid motives for all they do. Never once did I ask myself, "Why is she doing this?"
I am most curious to read the Kit Marlowe tales, as well, to see what they are like. Chance has whetted my appetite for them.
The only downside to these two short stories is, as many readers have said, I wish they were longer because I just want more. These stories have left me wondering if Chance may write another tale between The Gauntlet and The Queen's Witch.  There might not be enough time between them but I would love to read what happened. With Chance's tale telling ability, I am sure she can come up with one.

My Recommendation:
Great for everyone, though there are a couple of slightly racy scenes which make this a PG-13, at least.