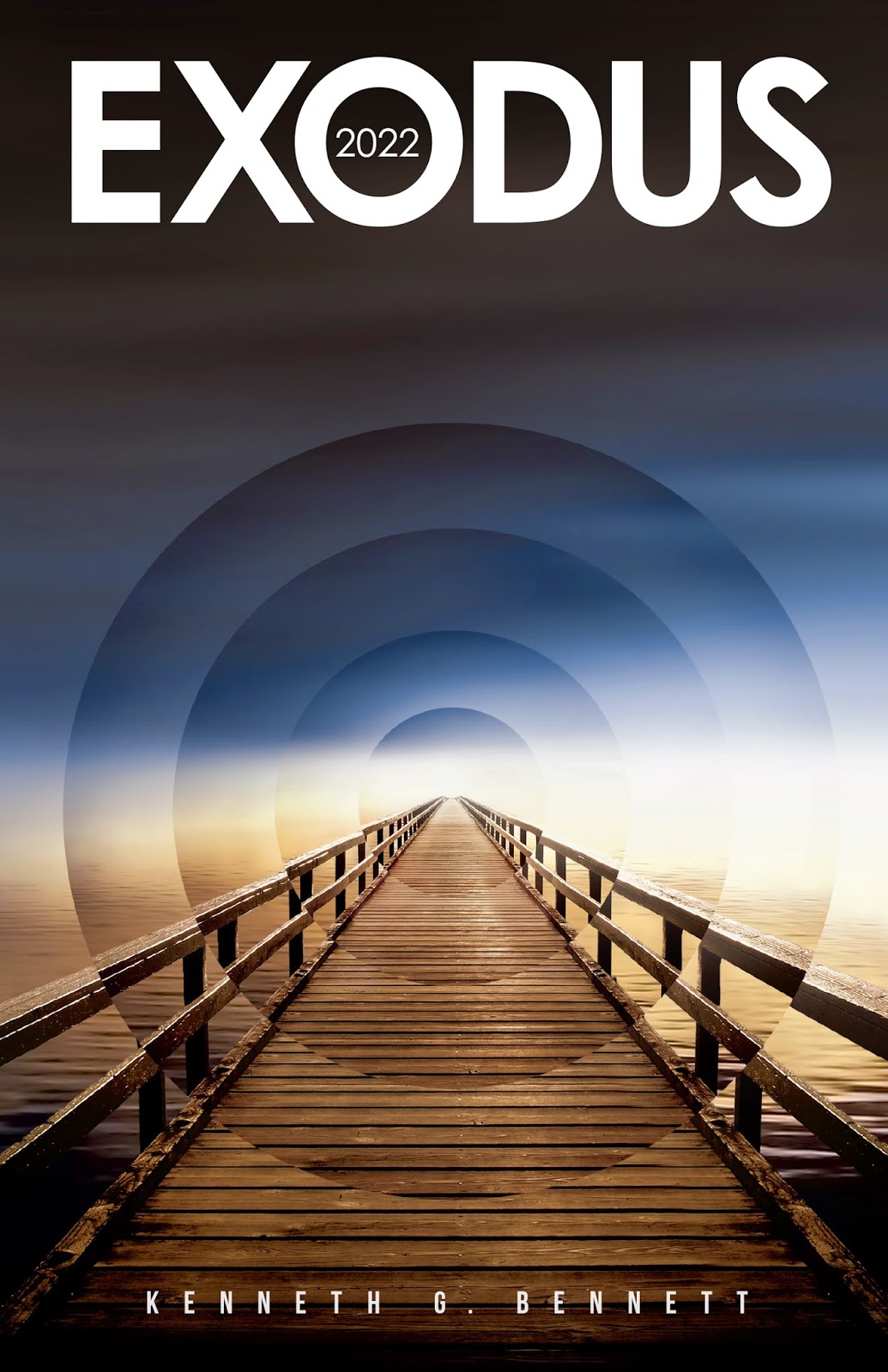 This is a Rafflecopter giveaway

There is something about near future science fiction that makes it easy to read and wonderful fun. Almost any reader can read it because there usually isn't a lot of space dedicated to 'world building'. Things are familiar to the reader from the start. Ken Bennett's Exodus 2022 is just such a story. The settings are familiar, the technology is usually understood with only  a few updates and the reader usually has a platform of understanding to easily accept  the 'new' or 'improved' tech. This allows authors to do what they do best; tell a story.

I have said before that there are really three kinds of stories: Man Against Nature; Man Against Himself; Man Against Man. There are, of course underlying themes: Good versus Evil; Discovery; Letting Go; Success versus Failure. But the story is usually told through the three types of stories.  In Ken Bennett's compelling book Exodus 2022, the overt story is man against man but the underlying or supporting theme is good versus evil. Will Evil triumph? Will Good? Or will this be a case of just one battle in a long, long war? Will Joe win? Will Ella? Will Beck trample them both? Or is there a greater story here than just Beck and Joe? And what of Lorna Gwin, the daughter Joe feels in his guts is his missing and dead child, though he never had a daughter?

About the book:
Joe Stanton wakes up early one morning to find his small daughter is gone. The grief and fear he feels is overwhelming. He must find her. Trouble is, Joe Stanton has no daughter. His girlfriend, Ella,  awaken by his stirring, doesn't understand what he is talking about but, before she can ask him anything, Joe is out the door of their motel room. Soon he has everyone in the hotel up and alarmed. Someone's child has been kidnapped and no one feels safe. That is, no one feels safe until the police arrive and discover Joe never had a daughter and certainly no child was with him on this trip. To top it off, Joe suddenly realizes his daughter Lorna Gwin is dead. Grief overwhelms him.
Joe is not the only man to grieve over the child Lorna Gwin. Three others have suffered the same fate. Now they are dead. Will Joe suffer their fate or will the true mother of Lorna Gwin find a way to get what she needs and still keep Joe alive? Time will only tell but time is something they soon discover is in short supply.
Meanwhile, a driven military contractor, Beck, and his scientists find several phenomena buried deep in the ocean. Something is unfolding that will take the planet by storm; something Beck hopes to use to his advantage; something that is connected with the men who believe their precious daughter Lorna Gwin is missing or dead. When Beck realizes these men are connected to the phenomena he kidnaps Joe and Ella to get what he needs. Fighting Ella, Joe, and Lorna Gwin's mother should be easy. Beck has money, power, and men who will do anything for him. He can't lose, not now, not this time.

My Take:
The ability to bring an old theme to life uniquely is what make good writers great. Ken Bennett certainly brings that uniqueness to the table in this fresh novel of Good versus Evil. Not only is the connection of the men who believed they had a murdered daughter named Lorna Gwin interesting, Lorna Gwin's mother is a fascinating character. Bennett does a quality job of bringing to life his characters, giving them reasons, moral conflicts, and loves we can all understand. The exception to this was Beck, who at first seemed to be a character alive and well but slipped into the 'so bad, I could no longer believe he was real' category. But I shouldn't have been so hasty to judge Bennett. Even the over the top Beck was explained to my satisfaction. 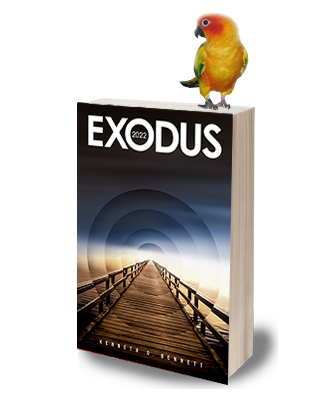 The time setting for this novel was perfect - just a few years from now but with enough time for many new things to be invented but not so much time that the reader is lost in a completely new world.


I received this book from the author as part of a blog tour, which is important. When I put it on my Kindle, the file didn't translate well and there are many place having extra returns since most of the paragraphs have extra empty lines in them. What makes this so important is the book is so fascination that after a few pages it ceased to be a concern and after a chapter or two, I didn't notice it anymore. It takes a special kind of story to pull you in that deep. (I understand there are updates out there now.)


My Recommendation
I enjoyed this book and think readers of science fiction as well as others, particular those who are into suspense and action will enjoy it as well.This book contains a lot of violence and death, so I would not recommend it for those under 15.

About the prizes: Who doesn't love prizes? You could win one of two $50 Amazon gift cards or an autographed copy of EXODUS 2022! Here's what you need to do...
That's it! One random commenter during this tour will win the first gift card. Visit more blogs for more chances to win--the full list of participating bloggers can be found HERE. The other two prizes will be given out via Rafflecopter. You can find the contest entry form linked below or on the official EXODUS 2022 tour page via Novel Publicity. Good luck!

About the book: Joe Stanton is in agony. Out of his mind over the death of his young daughter. Or so it seems. Unable to contain his grief, Joe loses control in public, screaming his daughter’s name and causing a huge scene at a hotel on San Juan Island in Washington State. Thing is, Joe Stanton doesn’t have a daughter. Never did. And when the authorities arrive they blame the 28-year-old’s outburst on drugs. What they don’t yet know is that others up and down the Pacific coast—from the Bering Sea to the Puget Sound—are suffering identical, always fatal mental breakdowns. With the help of his girlfriend—the woman he loves and dreams of marrying—Joe struggles to unravel the meaning of the hallucination destroying his mind. As the couple begins to perceive its significance—and Joe’s role in a looming global calamity—they must also outwit a billionaire weapons contractor bent on exploiting Joe’s newfound understanding of the cosmos, and outlast the time bomb ticking in Joe’s brain.

Get EXODUS 2022 through Amazonor Barnes & Noble.

About the author: Kenneth G. Bennett is the author of the young adult novels, THE GAIA WARS and BATTLE FOR CASCADIA, and the new sci-fi thriller, EXODUS 2022. A wilderness enthusiast who loves backpacking, skiing and kayaking, Ken enjoys mysteries, science fiction, action adventure stories and, most especially, novels that explore the relationship between humans and the wild. He lives on an island in the Pacific Northwest with his wife and son and two hyperactive Australian Shepherds. Connect with Kenneth on his website, Facebook, Twitter,or GoodReads..
Posted by Sunday Smith